I was very lucky to be invited to take part in Shelley's blog tour for her the sequel to Solid: Settling! As part of  the tour I interviewed Shelley and here are her responses:


1. There was clearly a lot of thought and imagination that went into writing Solid, was there anything in particular that inspired you to write it?
I first dreamed the romantic scene that is now Chapter 12. I do have wild and vivid dreams regularly, but my thoughts kept coming back to that one until I finally sat down and explored the idea by backing out of that scene and developing how those two people could end up in that setting.
2. You’ve managed to create a wonderful cast of characters in your series, but which is your favourite and why?
I obviously care for all of them, because each has his or her own thing to offer like every person on the planet. But I have to admit that Garrett is my favorite. He’s the friend that Clio needs (that everyone needs) for some comic relief. And I love that so many of the readers I meet feel the same way about him!
3. Speaking of characters, did you name any of them or base any of them on people you know?
I tried to give as many friends and relatives “shout outs” with character names, but I made sure to keep the names of the key players far from anyone I know so that nothing can be misinterpreted or taken personally! Clio is the only exception to that self-imposed rule, which is ironic as that character is the exception to a lot of rules on campus.
4. The abilities the kids have are unique in comparison to other Sci-fi novels; will we get to learn more about these abilities in “Settling”?
Yes, readers will learn more about the abilities as the kids themselves learn more…but those developments also lead to just as many questions as answers. I think it’s a natural progression.
5. If you could choose any amazing ability or talent, what would it be?
On a grand scale, I’d want to be able to change minds. I don’t think we can solve the most serious problems of the world until we can change thoughts, perceptions, and misconceptions, and I’d love to not have to wait generations for that to happen.
On a more immediate level, I’d love to be able to juggle! I know that doesn’t sound that “amazing,” but for me it might as well be flying!
6. Without giving too much away, what can readers expect from “Settling”?
It’s messier than “Solid,” because the characters are settling into a new place, a new life, their new selves, and it’s not easy. In short, abilities will evolve, secrets will come out, friendships will be tested, and – oh, yeah – there’s a killer on campus.
7. I know some authors find their second book harder to write than their first; was this the case for you, or was “Settling” easier to write than “Solid”?
“Settling” came more easily to me because I knew who the characters were and could better see where they were supposed to go. Some scenes come to me so out of sequence that I had parts of “Settling” written before I finished “Solid,” just like some of “Sound” was put down before “Settling” was done.
8. With regards to your writing, do you have a particular process when you sit down to write?
I like to play a scene in my mind as if I’m watching a movie, then I write down everything I saw and heard. I do that for all of the major scenes, then put them together and go back over the whole to make changes and fill in the behind-the-scenes stuff.
9. Personally, I found “Solid” to be very well written; did it take you a long time to write it?
It took a year and a half and many of those days rolled into each other! When I get on a roll I can’t sleep, so I keep a notebook on the floor next to my bed to scribble down all my thoughts, then try to decipher it at sun-up J
10. And finally, do you have plans for any other books outside the “Solid” series?
I’ve had a burning idea for a football/suspense/horror since Superbowl 2010, but I can’t work on anything else until the “Solid” series is finished.


If you would like to contact Shelley you can reach her at her facebook page or her website by clicking on the links!
I'd like to say a big thank you to Shelley for answering my questions and for letting me take part in her Blog tour. I think Settling is an amazing novel and you can read my review of it by clicking on this link:
Settling Review
and if you still haven't got yourself up to date then don't read the above review but actually read this one and then go and read both Solid and Settling, because they are amazing!!!
Solid Review

Also, to celebrate the release of Settling, Shelley is giving away a copy of Settling on each of her tour stops! To enter, email me at my usual email address:  magic_of_reading@hotmail.co.uk
Sadly, I couldn't get Google docs to work for me, but I will be selecting the winner randomly :-)
This giveaway is only open for a week so the last date for entry will be the 28th June and I will notify the winner soon after that. It may take me a while to let the winner know depending on the amount of entrants and this is the first giveaway I've hosted so bear with me.
Best of luck everyone!

If you don't win this time round, then Shelley will also be hosting a promotional giveaway on her website in July. Just click on this link and then on giveaways! Easy as that!

I'll finish by saying best of luck to Shelley with the release and thanks again for the chance to take part in the tour!
Posted by Leanne :) at 08:03 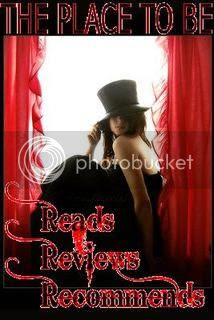 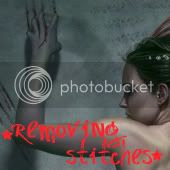 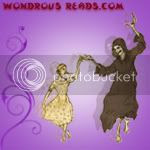